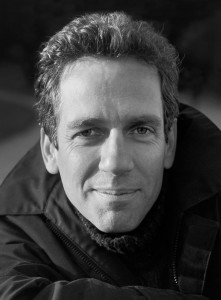 Christophe Boisvieux was born in 1960 . Having graduated from university with a degree in Economics he moved towards journalism in 1984. Since winning the Air France/City of Paris prize he has been travelling the world, and collaborates with many international magazines as photographer and editor.Apart from the press his photographs have been the subject of many exhibitions, at the “Espace Canon”, at the Paris Photo Show and at the Museum of Modern Art of Paris. He is also the author of several travel books covering France, Thailand, Vietnam, Scandinavia, Morocco,India and Burma edited by “Romain Pages”, “ Le Chêne”, “Vilo”, “EDL” and “Hozhoni”. His work as a photographer centers essentially today on the relation between man and the sacred. He has covered many features on Christianity and the great religions of India and has co-authored, with Olivier Germain-Thomas, a book on Buddhism, “Lumières du Bouddha” (Buddha’s Lights)

In his peregrinations throughout the world, Christophe BOISVIEUX endeavors to live the life of the people he encounters to establish the most direct contact possible and penetrate their private lives, not as an aggressor, but as a friendly and understanding companion. His perception of things and Man and his tranquil disposition provide us with clear and compassionate photos, often with a touch of humor in them. From these glimpses, these warm shots surges a thoughtful humanism. All the more touching as he backs up his work with a rigorous concern for esthetic and form, solid graphics and a remarkable use of shade and light. “If I want to be a good journalist, I have to be the best artist possible,” Eugene Smith has already said, adding that for the public to linger before an image, it has to be as beautiful as possible because “the more the gaze dwells on it, the more the truth of the situation comes out”. Eyes open and ears pricked, Christophe BOISVIEUX does not grow weary of inquisitively examining the world in search of that simple and serene truth which is that of poets…